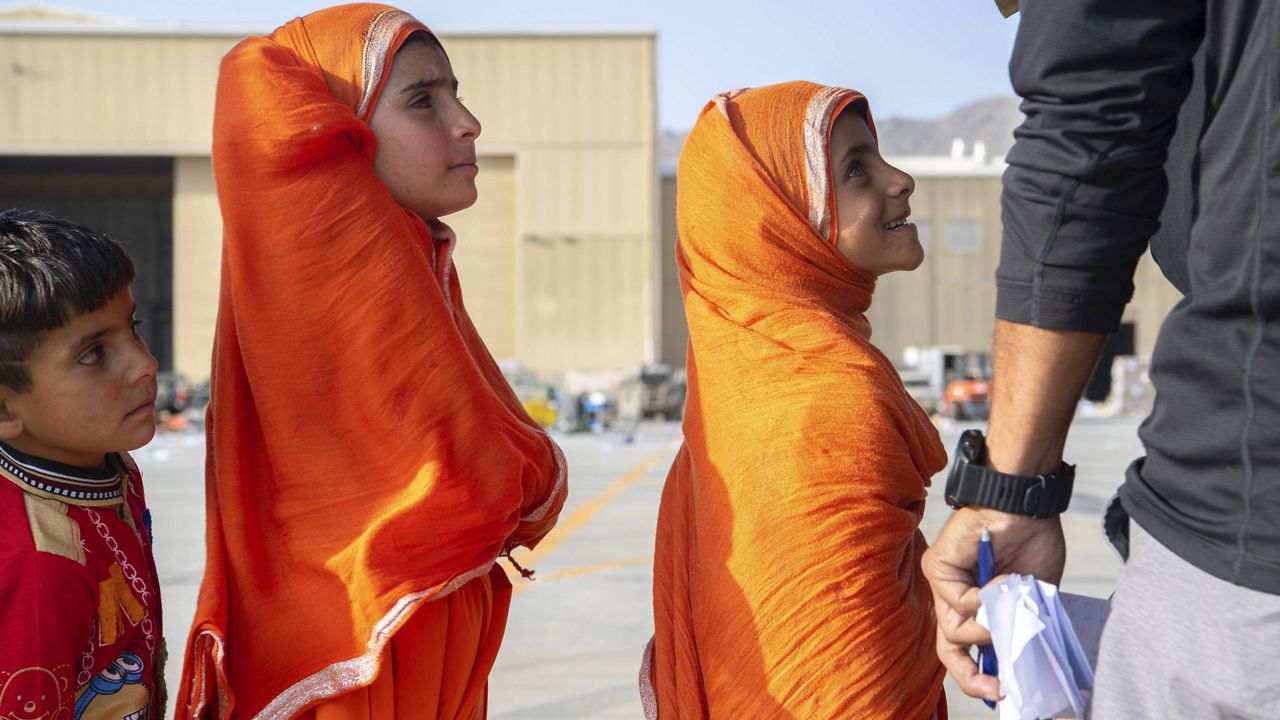 “WESTMINSTER, Calif. (CNS) — Orange County Board of Supervisors Chairman Andrew Do — himself a refugee from civil war-torn Vietnam in 1975 — struggled to rein in his emotions Wednesday as an Afghan refugee tearfully thanked him for his efforts to help bring more refugees from Afghanistan to the United States in the coming days.

What You Need To Know

“I appreciate all you’re doing for all the refugees,” the woman said at a news conference Do and Board Vice Chairman Doug Chaffee held to provide details on a plan to help bring more refugees to American shores. “Please pray for my family back there, and for my country.”

A choked-up Do responded, “I have to admit it is very tough to hold back emotions … For those of us who went through this it opened up old wounds.”

Do reflected on his experience being airlifted out of Saigon at the news conference in Westminster, which he said was the birthplace of a “refugee community that came together after the devastating events that led to the fall of Saigon in 1975.”

Do said he and his family were “saved by the heroic actions of the U.S. military’s evacuation of Saigon.”

The supervisor said he felt deja vu watching recent images of Afghanistan falling to Taliban forces, as the United States completes its withdrawal of military forces that have been in the country since late 2001.

“As Vietnamese Americans we watched the heartbreaking images of Kabul airport,” he said. “We are reliving the trauma and deep pain during Black April of 1975. We know what it means to flee a violent and oppressive regime and we understand what it means to live as refugees. I stand here today before you a former refugee, a former asylum seeker, an immigrant, who is currently serving as chairman of the Board of Supervisors for the sixth largest county in the U.S.”

Do said the many opportunities he received to “build a wonderful life” in the United States stand as a “testament to America’s greatness. What I have learned over the last 45 years living here being an American citizen is that America’s opportunity is our greatest weapon against totalitarianism and oppression.”

The Board of Supervisors on Tuesday unanimously approved a resolution encouraging the federal government to accept more refugees from Afghanistan.

“There is enough room to bring in all of the Afghan refugees that might qualify,” Chaffee told City News Service. “We want to increase the availability to the annual immigrant quota.”

Chaffee said the county intends “to help out if some of them wind up in Orange County.”

A family of four from Afghanistan has already arrived in the county with help from an Anaheim-based charity, Chaffee said, adding that “there is a possibility of welcoming them officially sometime by the end of the week.”

Refugee admissions are capped at 62,500 per year, the supervisors noted.

The three-step plan approved by the board encourages the county’s lobbyists to advocate for an increase in the cap to 100,000 Afghans, increases resources to process immigration applications and to partner with private organizations and nonprofit organizations to help the refugees resettle here.

Do implored President Joe Biden and Congress to work together to increase the cap to enable more Afghanis to settle here. That will require providing more resources to the Department of Homeland Security to process more visa applications and to prod the Department of Justice to more quickly grant parole status to the refugees to help get them safely to America, Do said.

“It takes a significant infrastructure to accommodate this, but we did it before and we can do it again,” Do said.

Once the refugees are here, Do added, the government should work with local municipalities, nonprofits and private citizens to help facilitate private sponsorships.

“There were 150,000 refugees that came to the U.S. in the mid- 1970s,” Do said. “Those refugees, including my own family, were not relocated because of a big government program. It was the kindness of local families…. I want to tap into that spirit of American generosity again.”

Do pledged to provide ongoing donations to three local charitable organizations that help refugees and urged others to do the same. Chaffee said he would match the pledge.

Fayaz Nawabi of the Council on Islamic Relations-Los Angeles said he and his family were “displaced by the communist regime in the late 1970s” in Afghanistan.

“I have a lot of family members in and next to the Kabul airport,” he said. “It’s chaotic to say the least. My father was going through a checkpoint and a mother gave her infant daughter to him to hold and said, `My daughter is lost. My other child is in the crowd.’ There’s thousands of people at these checkpoints at the airport.”

Nawabi said there are about 88,000 Afghans who worked closely with the U.S. military and allied forces in myriad jobs such as interpreters, mail room clerks and drivers.

Marwa Latif of Islamic Relief USA said her organization helps refugees relocate to the U.S. and implored the public to provide any donations to help.

“These are people who really need our help,” she said. ‘I’m sure everyone has that empathy that Chairman Do talked about… Please don’t forget the Afghan people.’”

See the full article on spectrumnews1.com.