The average Muslim gave $2,070 in zakat, one of the five pillars of Islam, according to a report by the Muslim Philanthropy Initiative at Indiana University 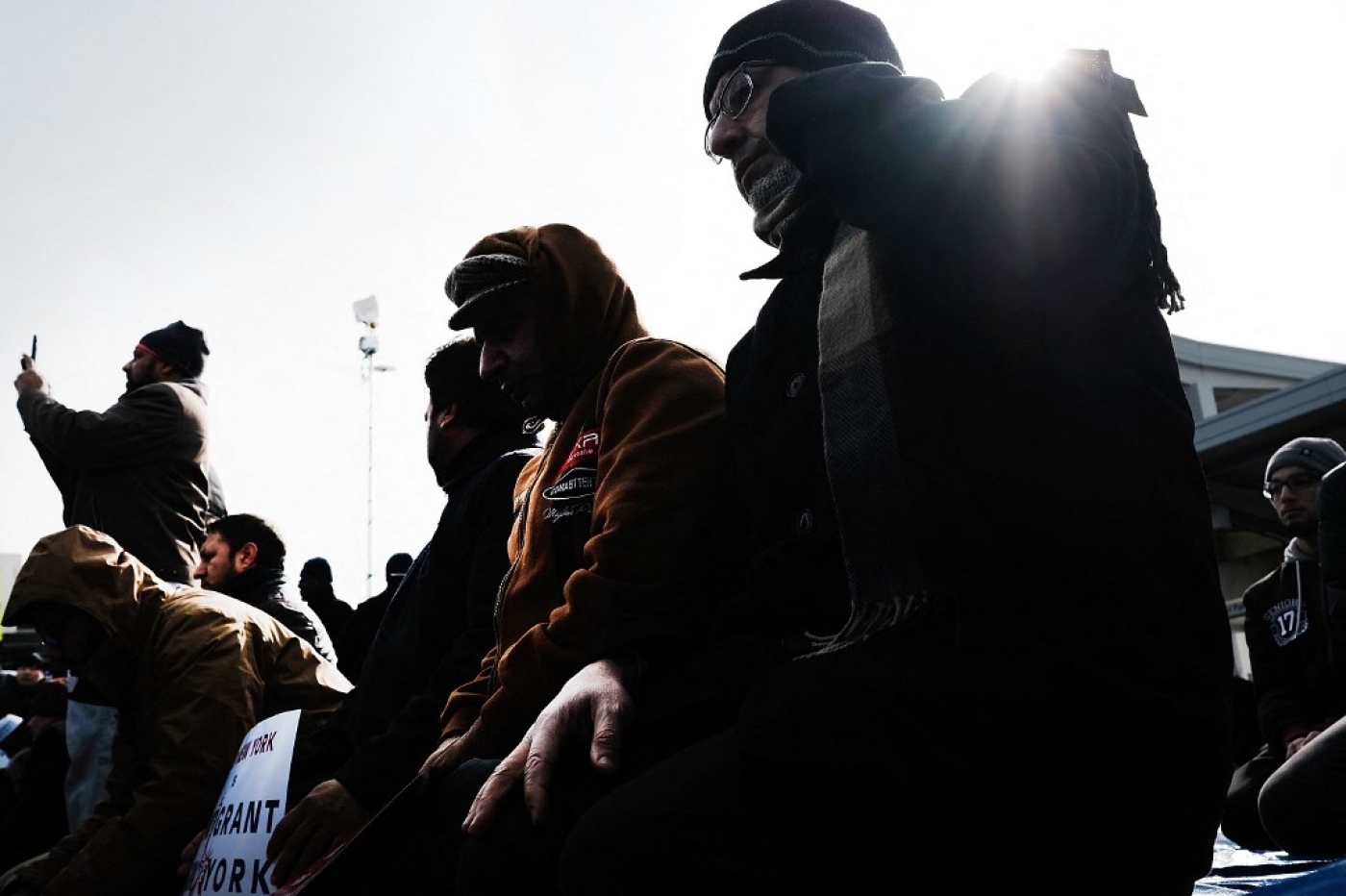 Muslim men pray at a demonstration at JFK airport, on 3 February 2017 (AFP)

“Muslim Americans gave an estimated $1.8bn in zakat (an obligatory religious levy) in 2021, a recent study has shown.

According to a report released last week by the Muslim Philanthropy Initiative at Indiana University, the average Muslim in the US donated around $2,070 in zakat.

Shariq Siddiqui, the director of the Muslim Philanthropy Initiative, said it was very likely that much of the $1.8bn was donated or pledged during the Muslim holy month of Ramadan.

During Ramadan, Muslims fast from dawn until dusk, abstaining from food, liquids and smoking. The month is also a time for prayer, reflection, atonement and charity – when rewards for good deeds are multiplied.

“It is critical that nonprofit organisations and charities find meaningful ways to engage with Muslim-American donors around Ramadan,” Siddiqui said.

Zakat is obligatory charity in which Muslims are expected to give at least 2.5 percent of their annual wealth to the poor.

One of the five pillars of Islam, zakat is said to purify and increase the remainder of one’s wealth. While there is no prescribed time for giving zakat, many Muslims choose to fulfil the obligation during Ramadan when charity is emphasised.

Around 14.7 percent was given informally, whether in person, to relatives or to others.

Sharif Aly, the chief executive officer of Islamic Relief USA, which funded the study, said his organisation received around $135m in charity last year. Of that amount, $40m was given by donors to meet their zakat obligations, which was up from $35m the previous year.

Zakat payments can be a matter of personal choice in many Muslim countries, though it is a religious obligation under Islamic law.

Governments in some countries deduct payments from savings accounts on a pre-determined day. The funds tend to be used to help those in poverty, in debt or refugees.

Shazaib Cheema, a New York-based taxi driver, told MEE he was unable to donate as much this year, in relation to previous years, due to the coronavirus pandemic.

“The beauty of zakat is that it’s based on how much we make. It is not a burden, but it’s a blessing,” he said.

“I don’t make a lot of money. But I send zakat to Pakistan. My neighbours from my childhood are very poor. There are two young kids and their dad died. My son gives it to organisations here. It is an obligation and we fulfil it happily.”

Eman Fathimah, a college student in New York, told MEE that like many people she knew, she sent her zakat to organisations back home in Yemen because they need the funds most.

Yemen has been gripped by fighting since 2014, when Houthi rebels seized the capital Sanaa and ousted the internationally recognised government.

Saudi Arabia and its allies intervened in March 2015 and have since carried out more than 22,000 air strikes in an effort to roll back the rebels, with one-third striking non-military sites – including schools, factories and hospitals, according to the Yemen Data Project.

Riyadh has been repeatedly criticised by US lawmakers for launching air strikes that have killed civilians – something the Houthis point to as they launch drones, missiles, and mortars into their northern neighbour.

“My parents have always sent both charity money and specifically zakat to a few organisations in Yemen. They tell me that while there are people in need in the US, the government also provides them with many resources, while that is not the case in Yemen” Fathimah said.

“That’s not to say I don’t donate money here in America, because I do. It’s just that there’s a literal war in Yemen and people need money desperately.”