The following is an article, posted on HuffingtonPost.com and written by special contributor Khalid Latif as part of his special series for Ramadan.

“Imam Khalid Latif is blogging his reflections during the month of Ramadan, featured daily on HuffPost Religion. For a complete record of his previous posts, click over to the Islamic Center at New York University or visit his author page, and to follow along with the rest of his reflections, sign up for an author e-mail alert above, visit his Facebook page or follow him on Twitter. 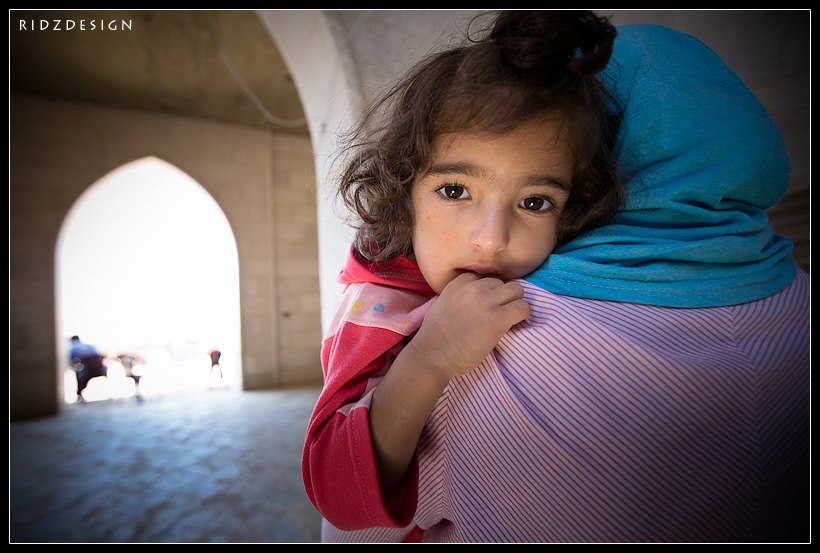 This is Shahad. She is currently living in a refugee camp in Lebanon.

Shahad’s picture was taken by Islamic Relief USA’s Creative Director Ridwan Adhami. I got to see this image, along with many others, that Ridwan has taken while helping Syrian refugees who have fled from the horrific violence and bloodshed taking place in their home country. Ridwan shared with us briefly Shahad’s story:

Two and a half year old Shahad has a bullet wound in her back that has left her paralyzed from the waist down… she has feeling in her feet and with the correct medical treatment and physical therapy the doctor hopes she can one day walk again…Hopefully she can walk back proudly into her home in Homs, Syria.

Last night, we hosted a special fundraising iftar at the Islamic Center at NYU for the people of Syria, proceeds of which went to Islamic Relief USA. For those of you who are unaware of the famine that has afflicted that region, I had written about it earlier in a blog post entitled, “A Prayer for Syria.”We were able to raise more than $205,000 and donations are still being counted and coming in. Our venue kept us to a sold-out audience of 300, but there were so many more who wanted to come and be a part of the night. The fundraising portion of the evening started off with a $10,000 donation and as we started to open up envelopes on stage so that we could update the audience on what we had raised, I came across an envelope that had no name or address included, and held inside of it a five dollar bill. There was another with $20, some with $10, and one envelope had nothing in it at all, but the person wanted us to know that if they were in a such place where they had something to give, they would definitely have given it. It’s truly a blessing to be around such amazing people.

One of the blessings of seeing our potential is such that it enables us to tangibly see what we are capable of. Many times success brings passivity. I don’t think there is anything wrong in celebrating achievement and I believe that there is a categorical difference between confidence and arrogance. The danger lies in our celebration of a moment preventing us from creating more moments that can be celebrated.

A story that I was told when I was younger involved a general who lived during the 18th century in Europe. He had been sent by his king to lead an army in a battle that would end up going on for days and days. At the end, this general was victorious and he returned to his king a few weeks later to describe the victory. He gave every detail of the battle and how it was won and to his astonishment he received no reaction from the king. He continued and thought to himself that perhaps the king is so amazed that he is speechless.

When the general finished, the king asked him is there was anything else that he wanted to share. The general said no and awaited the honors and rewards that he anticipated the king would bestow upon him. The king then said to his general, “Indeed you accomplished a great thing on that day you were victorious. A day that you should be proud of and well-rewarded for. But tell me, once that day was over, and the battle was done, what did you do the next day?” The general could say nothing.

When I was in high school I had a good friend named Dawud Crooms. Dawud was a great guy with an amazing personality and aside from being intelligent, driven, and easy to get along with, he was a great athlete. We played football and ran track together and in our junior year Dawud became the starting quarterback on our football team. The two years before we had won our conference championship, hadn’t lost a game on our home field, and were projected to do really well that year also. In the first game of the season, we destroyed the other team and Dawud played great. He threw for touchdowns, ran for touchdowns, I’m pretty sure caught a pass for a touchdown, and probably had a defensive touchdown as well. The newspapers loved him, the coaching staff loved him, and when he came into school on Monday, everyone was congratulating him and he just smiled back. When it was time to practice, he was the first one on the field, ready to go.

The following weekend we played our second game. This time we were the ones that were getting beat. Everything seemed to go wrong and we lost really badly. The same people who, a week before were praising Dawud, were now blaming him for the loss. In an instant, the moods changed. But on Monday when we came back to school, Dawud was still smiling and when it came time to practice, he was still the first on the field ready to go. He did what he was supposed to day in and day out, not just when it was convenient or when things were going well. And that is probably why he was successful.

For those of you who couldn’t make it out last night to the IC’s fundraiser for Syria, but are still interested in making a contribution, you can do so online on our Team Fundraising Page here. We’ll be keeping that link up for another week. “